When you are faced with the wilderness- the wild, uncultivated, uninhabited lands of struggle and hardship- it can be a fight to maintain perspective. To remember truth. To hold on to faith. To lean into the Power that is far greater than your own. After all, there are no rules for illness. There is nothing easy about job loss. No predictability in grief. No polished signs to navigate failed relationships. 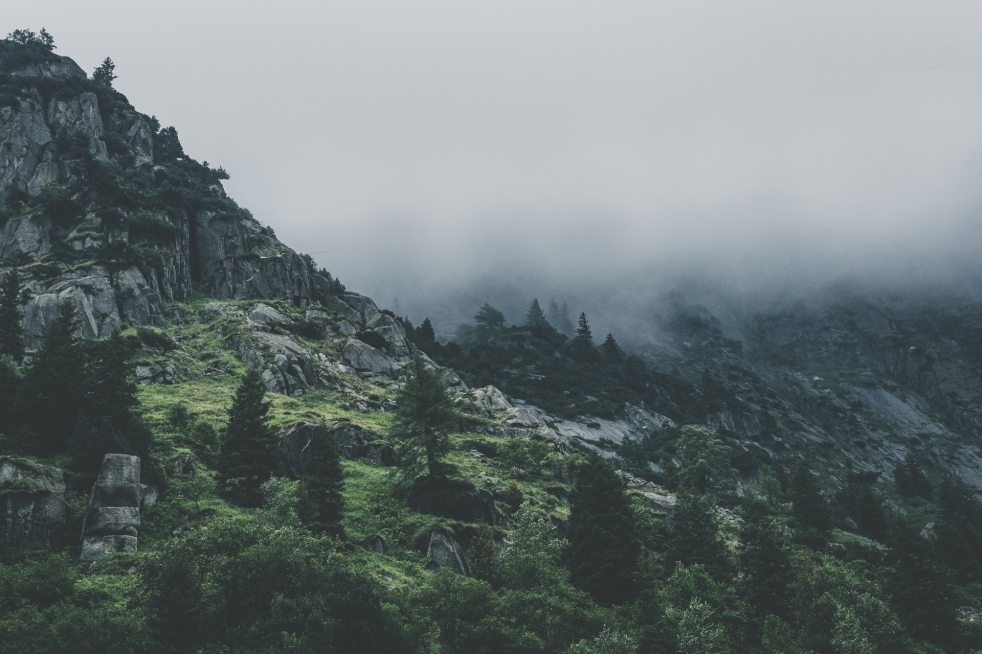 There may have been plenty of trailblazers before you that have experienced the general “wildness” of your situation and can offer a few scattered guideposts here and there, but none that have lived into your particular, unique experience. Therefore you are, essentially, pioneering through unknown terrain. So how do you survive? What about when that struggle is a longing or desire for something or someone in particular? Or maybe a specific outcome? Perhaps you are seeking a change of scenery, or hoping for an alternative route around a circumstance.

Regardless of whether the situation is a tragedy or a longing, there remains a desperate prayer for answers, for God to act– to do or provide the thing we want, the thing we think we need or is best and in the time-frame we expect. The problem is that our sight and understanding of the workings of this world are extremely limited and narrow. God sees it all. We do not. God isn’t bound to our rules of time because His timing is always perfect without fail. And like a child, we don’t always get what we want when we want it because it’s not what’s best for us in that moment. We still have so much to learn. 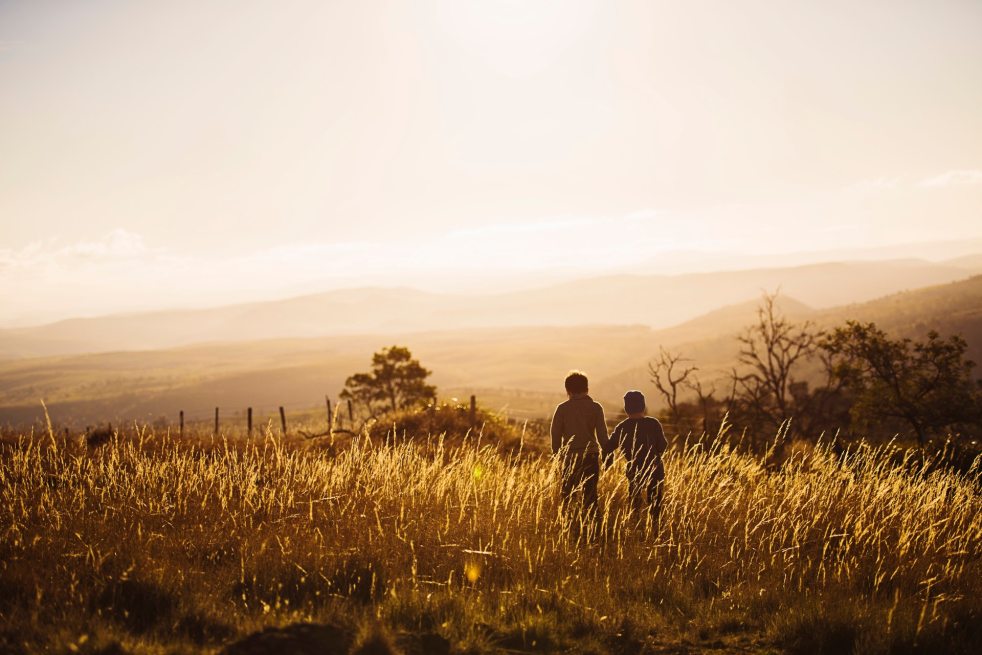 I like to draw on examples of the Apostle Paul because he lived an insane existence. Everything about his life journey is mind-blowing if you really take in all of the details. Likely the most vital aspect of his personal story is his dedication to prayer… in all things. In all circumstances. No matter what. I’m going to jump over to Romans 1: 8-13 and highlight one of his repeated petitions to God that seemed to go unanswered for quite some time. It’s in regards to Paul’s desire to visit the Roman church.

“8 First, I thank my God through Jesus Christ for all of you, because your faith is being reported all over the world. 9 God, whom I serve in my spirit in preaching the gospel of his Son, is my witness how constantly I remember you 10 in my prayers at all times; and I pray that now at last by God’s will the way may be opened for me to come to you.

11 I long to see you so that I may impart to you some spiritual gift to make you strong— 12 that is, that you and I may be mutually encouraged by each other’s faith. 13 I do not want you to be unaware, brothers and sisters, that I planned many times to come to you (but have been prevented from doing so until now) in order that I might have a harvest among you, just as I have had among the other Gentiles.”

Paul had a deeply rooted desire to visit the Christians in Rome- a city very unfriendly and unwelcoming to this blossoming community of Christ-believers. But regardless of the animosity towards them, they continued to flourish, and Paul praised them in his letter to them for the reports he was hearing. He longed to teach and minister to the growing Church and strengthen them in their knowledge and resolve. But his plans to travel there were continually thwarted. I’m sure he felt fairly frustrated at some point. He was human, after all. So then let’s take a look at how God finally answered his persistent prayer. And let me just tell you, it took years, and spans Acts 21-28.

First, he was in Jerusalem at the Temple minding his own business when a group of Jews who didn’t like his teachings and believed that he had defiled the Temple by bringing in Gentiles (he hadn’t) stirred up a crowd and seized him. This aroused the entire city and sent people into a frenzy, intent on killing him. Fortunately, news of what was happening reached the commander of the Roman troops (who controlled Jerusalem at that time), and he immediately came with officers and soldiers and ended up arresting Paul, uncertain of why the people were so intent on killing him. They took him into their barracks and were about to flog and interrogate him until they got some sort of answer as to the madness of the mob when Paul made it known he was a Roman citizen. (It was illegal for them to flog a Roman citizen who had not yet been found guilty.)

So then they took him before the Sanhedrin, which was basically the Jewish Supreme Court on matters of Jewish law. But the Sanhedrin also worked themselves up over Paul to the point of violence, and the soldiers took Paul back to the barracks in fear that he would be ripped apart, still unsure of the accusations against him.

While being held there, a plot to kill Paul was uncovered and reported, so Paul was transported to Caesarea to plead his case before Governor Felix. Those accusing Paul were also called to cite their charges and give evidence. Well, two years later, the case was still undecided, Paul was still being held prisoner there, and Felix was succeeded by the new Governor Festus.

Festus listens to the case against Paul, during which Paul finally expresses his desire to appeal to Caesar (this is an important point). Festus has no concrete information to send to Caesar regarding Paul’s situation because the allegations against him are still unproven at this point, so he consults with King Agrippa, a leader who just happened to be visiting at the time. After hearing Paul’s testimony, they confer and agree that Paul has done nothing deserving of death or imprisonment, but since he appealed to Caesar, they would send him to the imperial court in Rome.

Eventually Paul is put on a ship with other prisoners that sets sail for Italy. Unfortunately, while out at sea they encounter an epic storm that leaves them shipwrecked. God made a promise to Paul that all on the ship would live, and they did. Months later, after being supplied once more by the islanders of Malta, they finally arrive in Rome.

Paul then lives under house arrest in Rome where he is able to welcome any and all visitors, boldly and without hindrance teach about Jesus, and minister to the Christians there for two whole years.

And that’s how God answered his prayer. Ahaaaa…ahhh.

So then, back to you and me- to our prayers that don’t seem to get past the ceiling; the ones that never appear to get an answer. Or maybe we get an answer, but it’s not the one we were hoping for. God hears them all. He knows them all. And He also knows the best way, which doesn’t often equate to the easy way. Because “easy” doesn’t cultivate the brilliant flame of faith. “Easy” doesn’t require dependence on God. “Easy” doesn’t necessitate a persevering spirit.

The best way also doesn’t necessarily correspond to our way- the way we think things should go, the pain and grief we want removed, or the longing we believe should be fulfilled. That’s just not how it works, because the truth is… the story is so much bigger than us- yet at the same time needs us. Our world needs the hearts of those equipped with a faith that goes beyond the natural senses. Why did Paul have to go through all of that just to reach Rome? God could’ve made the way so much simpler. And yet if you read all of those chapters, you see the cases in which Paul continues ministering to those he comes in contact with along his years-long journey to Rome. People are healed and restored and encouraged along the way, who in turn then possess the hope of Christ and can continue spreading the love and truth of Jesus’ message to others, even as Paul moves on. Sometimes hindsight is 20/20.

We don’t always know why. We can’t always know why, at least this side of heaven. And that’s a hard pill to swallow. The “why” of it all may continue to burn in the midst of our desperate prayers. Maybe even long after the prayer has ended. But even so the hope for our future can remain. And that’s where pain meets faith- trusting that despite the waiting, the long days or years of silence, the death or loss, the unfulfilled longing- the way ahead is still hopeful. Still beautiful. Still worth fighting for. That God can use it all, restore it all, heal it all, and has never once stopped loving us all- through it all. He carries the weight of it all so we don’t have to.

If your world is burning down around you, don’t run from the inferno. Kneel down in the middle of it. Petition God’s presence in the midst of it- just simply His presence- and see what happens. The walls around you may continue to crumble, but the steadfastness of your spirit will allow you to lean into the peace of a greater truth- that God can and will build new walls. Understand they may not look the way you expect, but they are the strongest kind. The best kind.

God moves and works outside of our perfectly square boxes, therefore His answers are frequently atypical and unexpected. We often unconsciously assume human rationality will dictate God’s decision-making process because it dictates ours. Fortunately for the whole of the universe and the existence of humanity, that is not the case. He has made clear the promise of our future hope if we just trust and believe, despite the brokenness of the world around us and our hearts within us.

He will make all things new.